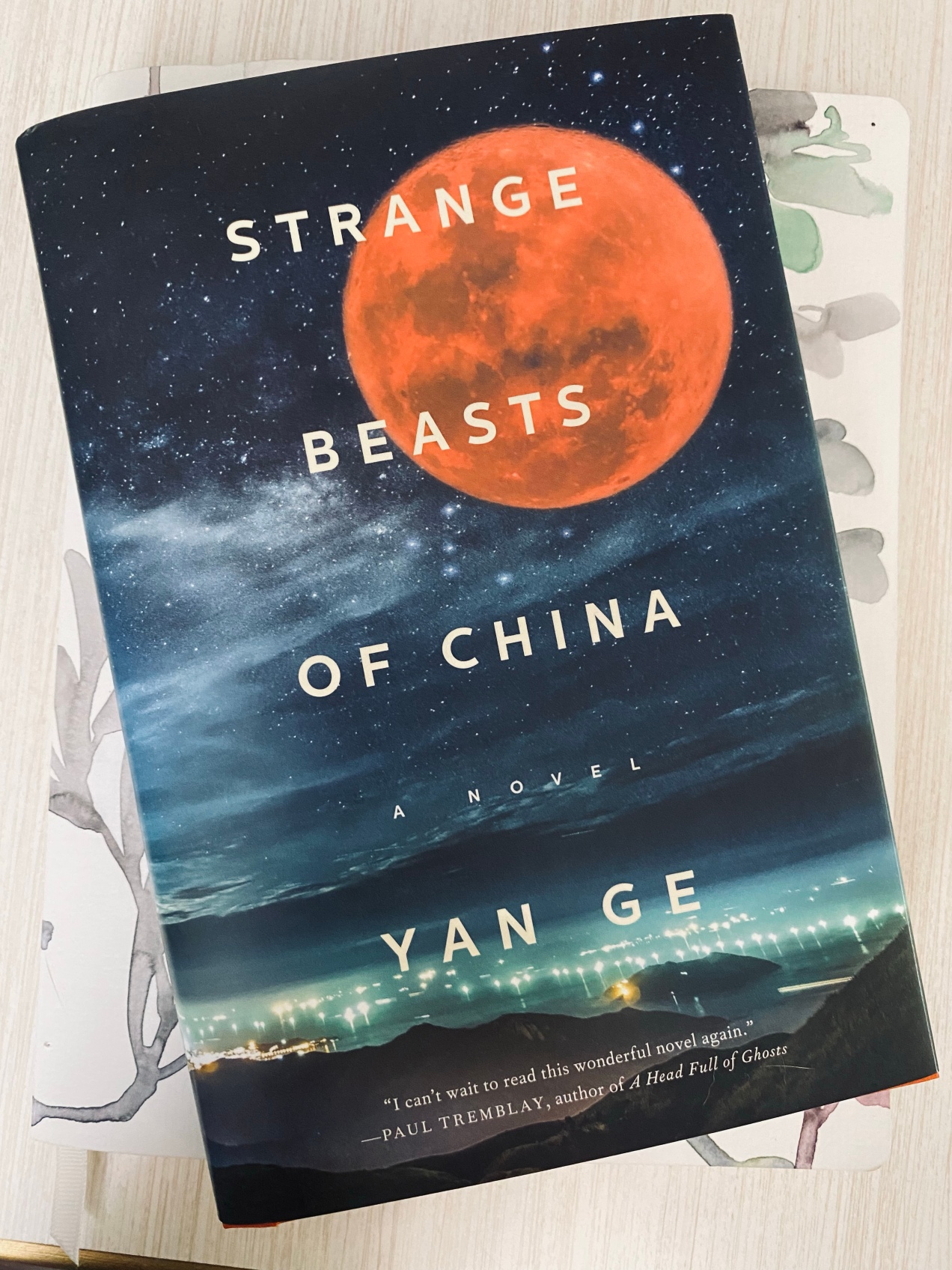 I’ve read an extraordinary number of books this month, more than I have at almost any other time. The urge has come at a time when the thought of posting even one little thing on social media is physically repulsive to me, almost a source of horror.

Which is interesting, because my good Buddhist training has me asking myself why it provokes that response at all, and why reading feels so much better right now. (And perhaps also why I don’t wish to delete my social media accounts, just retreat for a while.)

I’m not immune to the ups and downs of the political landscape, and I’m at a moment of shift, like many people probably are, following the tumult of both pandemic and elections. My beliefs and strategies for handling certain moral-social issues are changing, but they aren’t stable, so I feel simultaneously exposed by social media and attacked by it. It’s like when you’re trying to concentrate, and somebody keeps interrupting. “Just a minute,” I want to protest.

It makes sense, then, that reading is what gives equilibrium and feels better, because it aids with thinking through complicated questions about how I should live.

My latest read is STRANGE BEASTS OF CHINA by Yan Ge (trans. Jeremy Tiang). I’m only on page 70, “Impasse Beasts,” but the book is capturing my mood better so far than most everything else I’ve read lately … which is setting a high bar, because I also read and loved speculative fiction like both of Arkady Martine’s Teixcaalan novels, Lena Nguyen’s We Have Always Been Here, and Katherine Addison’s A Witness for the Dead, among others, and I enjoyed them all for vastly different, thought-provoking reasons.

But Strange Beasts of China is, as I said, capturing my mood. This is one of those “as if this were true” novels, where the narrator could possibly be the novelist herself. Here, the main character is a zoology school dropout in Yong’an who became a novelist, but she retains her connections to friends and her professor in the department. And what does the zoology department study? A nebulous category of denizens of Yong’an she calls “beasts,” which are also—of course—the subjects of her novels. Sorrowful beasts, joyous beasts, sacrificial beasts… she details them each with loving care.

Sorrowful beasts are gentle by nature, and prefer the cold and dark. They love cauliflower and mung beans, vanilla ice cream and tangerine pudding. They fear trains, bitter gourds, and satellite TV.

The males of the species are tall, with large mouths and small hands, scales on the insides of their left calves and fins attached to their right ears. The skin around their belly buttons is dark green. Other than that, they’re just like regular people.

The voice is charming, a blend of empathy and terror for the beasts and humans entangled with them. It would be easy to translate each beast into a human equivalent: who would you consider a sorrowful beast, who cannot smile without dying?

But I find myself preferring not to. I just want to move through the streets of Yong’an with the narrator and look around wonderingly until jabbed by the inhumane decisions of the city, such as a decision to kill all the birds, making possession of a bird illegal. It resonates with the emotional why this that hits me in response to our own decisions about how to protect ourselves against contagion, how to survive forest fires and drought. You thought this would be the best approach? Really?

And in between: the little acts of intimacy and violence carried out by individual beasts and humans alike.

We’re at an impasse at the moment, where a lot of people want solutions to be simpler than they are. “Don’t write about people who aren’t like you.” “Stop being so sensitive; it’s just a story.” “Pay someone else to tell you what’s right or wrong about your stories,” rather than testing what you compose against your own moral compass and life experience, as if we have lost all faith in our own intellects. We’re not all practicing deep, complex thinking very well as a society, and we don’t tend to respect wisdom, even where it was hard-earned, especially if it doesn’t feel good. So when movements that are meant to encourage diversity and tolerance end up cannibalizing it instead, everybody shudders and just wants the community to be nice while still continuing to use the same strategies, which of course will not lead to any kind of new result.

The sacrificial beasts were all killed by the city because their deaths provoked copycat suicides among the humans. Was that really the right way to fix the problem?

I want to commit less violence against others. That includes vitriol. That includes scouring their ideas and words for whatever is unforgivable. I’m a parent; I already know how terribly flawed in every way I am. I’m not holding other people to higher standards. I’d rather focus on how they’re coming back from inevitable failures of empathy to try again, which means I’m also not interested in dissecting those failures except as a personal moral exercise to improve myself, not something to share with others, tinged by an underlying note of hysteria and rage (which social media sucks on like candy, in a terrifying sense, because plenty of us have now experienced how it feels to choke on that).

I don’t have enough power over the world to be so judgmental of other people’s attempts to survive in it. I have to be able to do the good work already assigned to me by the trajectory of causes and consequences that brought me to a particular place: I need to parent my children, tend to the plants and animals on the land around me, attempt to write one true thing in a story.

Those acts are the extent of my power. Recognizing that actually can make a person more capable and resilient, not less. I already know from first-hand experience that once you save the world in one context (adopting children, in my case, among other world-altering, world-shattering choices), you become part of the fabric holding that particular instance of fate in place, and your wide horizon becomes grounded in it for a very long time, maybe your whole life. Other people will want you to serve their causes, but you have to keep your eyes open and maintain the justices you’ve already committed yourself to carrying out.

Which is my long way of saying, I want to sink deeply into things right now: books, my own writing, my family life, my local community and ecosystem. I don’t want to skim the surface of things, buffeted by emotions that lack clear purpose and direction. I listened to Robert MacFarlane’s OnBeing interview the other day, about his extraordinary book Underland; that was worthwhile and put me in the right frame of mind, too. The good thing about being an adult with real responsibilities and a couple decades of experiencing the consequences of one’s actions is that you get bored by watching the same narratives of “us versus them” played out on repeat. Our lives, moment by moment, rarely are defined in terms of winners and losers in practice. It feels more like a game of “alongside” and shadowing and sudden intimacy.

So I am resorting to something that is most delightful and slightly embarrassingly mature: sinking roots into things that are important to me. Observing what I care about, however insignificant it might seem to others. Like Yan Ge’s unnamed narrator, quietly keeping an account of what happens to Yong’an’s beasts.